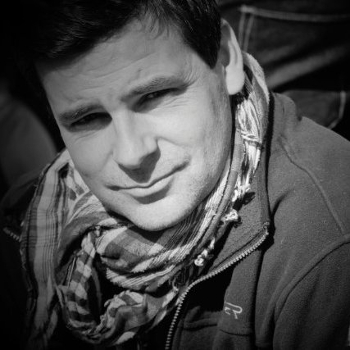 I’ve started my professional career as a photojournalist and I spent most of my time working for The Associated Press. Before starting working for AP in Budapest, Hungary, I lived in Kosovo where I spent a year and a half documenting the armed conflict. I also used to be a contributing photographer of the Hungarian edition of the National Geographic Magazine.

Since 2002 I worked for AP as its only photographer in Hungary. Since 2010, I have worked almost exclusively as a video journalist for APTN and have been an integral part of the cross-format initiative in Central Europe.

Beside my daily work in Hungary, I have fulfilled various international assignments, covering news and sport events in numerous locations. For AP I was working on news and features from Ukraine to the Balkans, in the conflict zones of Afghanistan, Georgia, Lebanon, and I also covered the historical moments of the Arab Spring in Egypt, in Libya and in Syria where I was the member of several cross-format teams telling the stories of the advancing rebels, bomb-makers or the suffering of the refugees.

In 2013 and 2014, I have worked for the United Nations High Commissioner for Refugees (UNHCR) as video journalist based in Amman, Jordan. I was the member of the organization’s Video Unit working on the video coverage of the Syrian refugee crisis. In this regional position my main duty was producing television news and feature stories for the global audience about the extraordinary Syrian refugee crises in Lebanon, in Turkey, in Iraq and in Jordan.

In 2015, I worked again for the Associated Press Television News as video journalist based in Budapest, Hungary.

Beside my daily jobs at AP and UNHCR I took every opportunity to teach photography and video journalism in hope of passing knowledge and experience to the jounger generation.